Registered pharmacy No. 9011198
Naproxen
Images for illustrative purposes only
Read our 260 reviews

Naproxen belongs to a group of medicines called non-steroidal anti-inflammatory drugs (NSAIDs), which are used to reduce inflammation and pain in joints and muscles.

Strength:
Pack Size:
£14.99 – £34.99
Please sign in or register
You must be logged in to purchase this product.
Sign in or register
You can’t purchase this item
Sorry, but this treatment is for only. If you believe this is an error, please contact us immediately.
Order within
to receive your order by
After selecting this product, you will need to complete a short assessment, so we can make sure this medication is suitable for you.

In line with national guidelines, Non-steroidal anti-inflammatory drugs (NSAIDs) such as Naproxen should be co-administered with proton-pump inhibitors (PPIs) to reduce NSAID-induced gastrointestinal (GI) adverse events. You will need to purchase the recommended proton-pump inhibitor (PPI) medication from Access Doctor for gastric protection to use alongside Naproxen, and if you chose not to, that you are fully aware of the increased gastrointestinal bleeding risks associated with the use of Non-steroidal anti-inflammatory drugs (NSAIDs).

Please purchase Naproxen alongside one of the following proton-pump inhibitors (PPIs):

Naproxen belongs to a group of medicines known as non-steroidal anti-inflammatory drugs (NSAIDs). It is a strong pain killer, other medicines in this same class include aspirin, ibuprofen and diclofenac.

Naproxen is a stronger anti-inflammatory drug than aspirin and ibuprofen and is equivalent to the strength of diclofenac.

What is it used for?

Naproxen is used for reducing pain and inflammation in various parts of the body body.

It does this by blocking an enzyme involved in the inflammation pathway. Naproxen is frequently used to treat conditions like sprains, muscle pain, arthritis, gout and even period pain.

What's the difference between Naproxen vs Ibuprofen vs Paracetamol?

Naproxen 500mg tablets are a prescription-only medicine; this means a doctor or prescriber needs to prescribe it. Unlike ibuprofen, it is not available to buy over the counter.

You can take Naproxen together with paracetamol; this will be beneficial if you also have a fever. Naproxen can also be taken with opioid-type painkillers which work on a different pathway. Opioid based pain killers include codeine, co-codamol, tramadol or morphine.

Do not take Naproxen with other NSAIDs such as aspirin, ibuprofen and diclofenac, this will significantly increase your risks to side effects.

How does it work?

Naproxen works by indirectly blocking a chemical in the body called production of ‘prostaglandins’. Prostaglandins play an important role in the initiation and severity of pain and inflammation at the affected site.

Will it thin my blood?

Unlike aspirin, Naproxen does not thin the blood, it lacks the ‘anti-platelet’ effects of aspirin.

Drinking alcohol is not known to affect Naproxen, however, please note, Naproxen can irritate the stomach lining as can excess alcohol, so it is recommended to moderate on alcohol intake.

Can I drive or operate machinery with Naproxen?

Naproxen can sometimes lead to feeling dizzy or sleepy, therefore you should not drive or operate heavy machinery while taking it until you are confident you are not affected by such side effects.

Please note, many cold and flu remedies and other over-the-counter painkillers often contain either ibuprofen or aspirin. We advise that you should refrain from using any of these treatments whilst you are taking Naproxen.

The recommended dose for Naproxen is between 250-500 mg taken orally twice a day. The dosage should be separated by at least 6 hours.

If you miss a dose of Naproxen, take the missed dose as soon as you remember. You should never take more than two Naproxen 500mg tablets in 24 hours.

Overdoses can be dangerous, if you exceed the prescribed dose, contact your pharmacist or doctor.

Always take Naproxen with food and a full glass of water, this is to protect the stomach. If you are taking Naproxen regularly or for more than 2 weeks, you should also take treatment to protect your stomach. such as Omeprazole.

Over long-term use, Naproxen can affect your kidneys and this is even more important if you are known to have kidney problems. It is recommended that your doctor perform a blood test known as a ‘kidney function’ test to ensure your kidneys are working appropriately.

Naproxen can increase the likelihood of burns from direct sunlight. Ensure that you wear protective clothing and use sunscreen (SPF 30 or higher) when exposed to direct sunlight or artificial UV light.

Is Naproxen safe to take in pregnancy or when breastfeeding?

NSAIDs can cause abnormalities for the unborn child, this is most pronounced in the third trimester. It is important to avoid NSAIDs during pregnancy.

A small amount of Naproxen is excreted in breast milk. Because the concentration in breast milk is low, breastfeeding while taking naproxen probably is generally assumed not to be harmful to the infant, please consult your doctor first.

Naproxen has less side effects compared to Ibuprofen and diclofenac especially with regards to stomach related side effects. We supply coated Naproxen tablets, these are gentler on the stomach, we always recommend you take Naproxen with or after food.

Common side effects can include:

Naproxen can cause an allergic reaction in a very small number of people. Do not take Naproxen if you know you are allergic to any anti-inflammatory medicines such as ibuprofen, aspirin or diclofenac. Symptoms of acute allergy include:

If any of these symptoms occur, immediately seek medical attention.

Long-term use of Naproxen can cause gastroduodenal bleeding (stomach or intestines). If left untreated, this can be fatal. Always look out for stomach related symptoms such as indigestion, pain, passing black/tarry stools. Stop taking Naproxen and urgently seek medical advice if you notice any of these symptoms.

Can I crush my tablets to sprinkle on my food?

The Naproxen tablets have a special coating, which ensures they don't dissolve in the stomach but further down in the intestines. If the tablets are crushed, chewed or broken this coating will be damaged and will not work properly. This means that the contents will be absorbed in the stomach which may lead to unwanted side effects such as stomach irritation or pain.

Take Naproxen with or after food. This doesn't have to be the main meal, as long as it is not on an empty stomach.

Naproxen will start to work usually within an hour and the effects will last for up to 12 hours.

It is best to avoid indigestion remedies at the same time as Naproxen as they can change the acid environment of the stomach. The tablet will then dissolve in the stomach where it is not intended which may lead to side effects.

Is it OK to take Naproxen every day?

Naproxen is mostly recommended for people who have short-term, non-serious injuries or pain. If you're taking it regularly (over weeks or years), or in high doses, it's worth speaking to your doctor or pharmacist about whether there is a more appropriate long-term pain relief solution for you.

High doses of Naproxen taken over a long period of time are associated with the risk of gastrointestinal bleeding. If you need to take Naproxen for periods exceeding two weeks, you should take a treatment, such as Omeprazole, to suppress stomach acid and thus protect your stomach lining from damage.

Is it safe to use Naproxen continuously?

It is safe to take Naproxen as a painkiller for the length of a minor injury (normally for a few weeks) on a when required basis. The effect doesn't decrease when it is used over long periods and it is not habit-forming. Naproxen can be stopped at any time without tapering or reducing the dose.

How long will it take to work?

It can take up to two hours for Naproxen to reach a full effect, however in most patients it is quicker than this. The effects usually last 7 - 12 hours.

How can I buy Naproxen?

Pharmadocs are a regulated UK based pharmacy; you can purchase Naproxen 250mg & 500mg tablets by completing a short health evaluation online. We provide a fast, effective and low-cost treatment option without the need for you to see your GP.

Our prescribers will assess and approve your order once they have checked there are no health or safety risks associated with the sale. 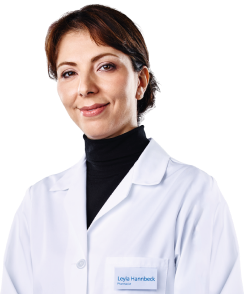